Article on LAND purchases in LVRJ

Article on LAND purchases in LVRJ

The spike in land values and acquisitions is largely attributable to improvement in the new-home market, Sunbelt Development and Realty Partners managing partner Bill Lenhart said.

Homebuilders such as Lennar, D.R. Horton and Harmony are snapping up as much land as they can to meet growing consumer demand for new homes.

Current bid prices for residential land continue to climb, which will lead to higher new-home prices in 2013 and 2014, Lenhart said. There are peaks and valleys in any growth cycle, and Las Vegas is now coming back from an overcorrection of land prices before 2010.

“What we are experiencing now is a midcycle peak,” Lenhart said. “It’s difficult to anticipate what the market may be like in six or 12 months, but many experts agree that land prices cannot continue to rise at the same pace they have in the prior three quarters.”

Eventually, the market will cool down, level off or decline until land prices align with home prices, Lenhart said.

“Most of the distressed finished and partially finished lots being dumped by banks and investors are pretty much gone,” he said. “Now we see homebuilders searching for and buying raw land parcels. This is what many land owners and investors have been waiting for ... high builder demand for land, which allows sellers to raise their prices.”

Aside from being “downright scary” how quickly raw land values have increased, it’s good to hear that values in Las Vegas are returning, Smith said. He doesn’t think the recent run-up in land prices will continue “unchecked” at this pace.

“We think land prices will level off around midyear and hold for a while,” he said. “We agree with most of the local economists who think our economy is still not strong enough to sustain this level of increases.”

Higher land prices will factor into homebuilders raising new-home prices in early 2014, Smith said. There are also rising costs for construction material and labor, development fees and permitting fees. Home Builders Research reported a new-home median price of $234,467 in February, up 21 percent from the same month a year ago.

John Prlina, Discovery Homes’ president of land acquisition and development, said the cost to develop a finished lot from raw land has gone from about $38,000 to $50,000 in the last four to five years.

Discovery Homes is finishing production of 102 homes in the master-planned Mountain’s Edge community and completing plans for a project near Horizon Ridge Parkway and Gibson Road in Henderson. Discovery Homes recorded 48 new-home sales in 2012, its third year in business.

Prlina said the southwest Las Vegas Valley has generally become a “pricey” market, so he’s looking at smaller parcels in Other areas that aren’t on large public builders’ radar.

“We’ve got a couple of lots here and there,” he said. “We’re a small builder. We do five- to 10-acre tracts, maybe 20. It’s getting back to where you’ve got to deal with traditional owners as opposed to banks or lenders. There are very few dinosaurs laying around.”

Landwell Development had been lying dormant on 2,200 acres near Boulder Highway and Warm Springs Road in Henderson that was once in escrow with Centex Homes. Dirt is now being moved from the south end of the property to lower elevations at the north end to flatten it out for “sheet grading,” Landwell Chief Executive Officer Mark Paris said.

He said there’s plenty of interest in the land from homebuilders, but he doesn’t know when the company will start selling off parcels for development. Roadwork issues must first be resolved.

Rick Hildreth, broker for Land Advisors Organization in Las Vegas, said the market is showing signs of improvement. He sold a bank-owned, 14.6-acre parcel in northwest Las Vegas to homebuilder D.R. Horton for $3.12 million, or about $213,700 an acre, in February. That followed D.R. Horton’s acquisition last year of 63 acres in Henderson and 275 finished lots in Whitney Mesa Estates.

Homebuilders are paying close to $300,000 and $400,000 an acre in communities such as Southern Highlands, he said. There are still a few speculators and end-users trying to buy smaller parcels where they’re not getting priced out by builders.

Hildreth, who has about 55 listings in Las Vegas, said location is usually the biggest factor in land prices. He’s got a “hot piece” at Spring Mountain Road and Valley View Boulevard zoned for multifamily housing that he expects to sell for upward of $2 million.

The southwest valley is surely the most desirable area for new-home development, said Robb Beville, president of Las Vegas-based Harmony Homes. Raw land there is selling for $150,000 to $250,000 an acre, depending on entitlement and development status.

“We like to look for land where consumers prefer to live based on price points,” he said. “As a production builder, you have to try and keep all things balanced so that the price for your home is within market value, which is becoming more difficult with the land and finished lot cost going up.”

Beville said he’s concerned that the dynamics driving up the land prices are not sustainable.

“Low inventory is what is driving up the demand, not job growth or employment growth. We are seeing unemployment come down a bit and there has been very good news about some projects on the Strip that should help in the future,” Beville said. “It’s important that the industry be cautious so as not to get into the same issues that caused our previous problems.”

The Legislature is considering modifications to Assembly Bill 284, Nevada’s robo-signing law that could make it easier for banks to foreclose and possibly add to resale inventory.

Lifting the residential deed restriction of land in the CMA, or cooperative management agreement, could allow some 5,000 acres to become available for housing development and relieve pressure on supply and prices. 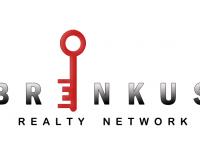 Want to Advertise on this Site?

In just a few seconds, you will be searching just like a Realtor®

Rick and Teri Have been top producers for over 30 years in the Southern Nevada and have been ranked in the top 50 agents in the US by the Wall Street Journal out of over 1.3 million agents. They have sold over 7,000 homes in both stable and challenging markets. Their strategies and incredible systems to represent buyers and sellers can not be matched! Sellers enjoy netting top dollar in the least amount of time with their massive marketing and ability to stay ahead of the curve! This Top Producing Team has consistently been in the top 1% of agents Nationally for the last 30 years. They are national speakers and are highly sought after by many who want to get to the next level in their business. They also serve on Professional Standards at the Greater Las Vegas Association of Realtors and are Senior Faculty Instructors. Their list of credentials are endless!

Before you make any decision to Buy, Sell or Invest in Real Estate, be learning based and discover all the benefits, strategies and techniques Rick and Teri Brenkus offer to their clients..... You will be glad you did!!! 702-456-5959

The holidays are one of the best times in Las Vegas. While it may be o

There is no other place like Las Vegas. Not only is it a thriving cit

"Rachel was kind and patient during a very difficult time for me. I hadn’t sold a home in 20 years and was happily guided through the process. She was patient and efficient. I would recommend her! "

This is a list of your favorite properties. We will email you if a property is reduced or leaves the market.

This message will go directly to the head of our team.